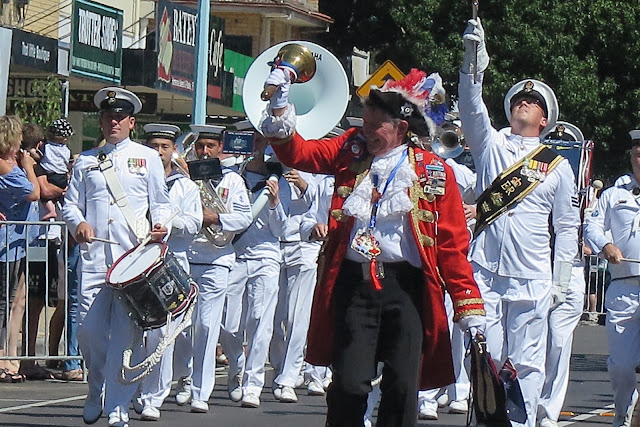 Town crier rings in 50th anniversary of the Westernport Festival
in the main street parade at Hastings today...
The parade element of the festival celebrates the Westernport Bay community
around the Hastings region...
Groups, schools and services take part...
Each year has a theme...
This year, the theme was celebrating diversity, inclusiveness and friendship.... 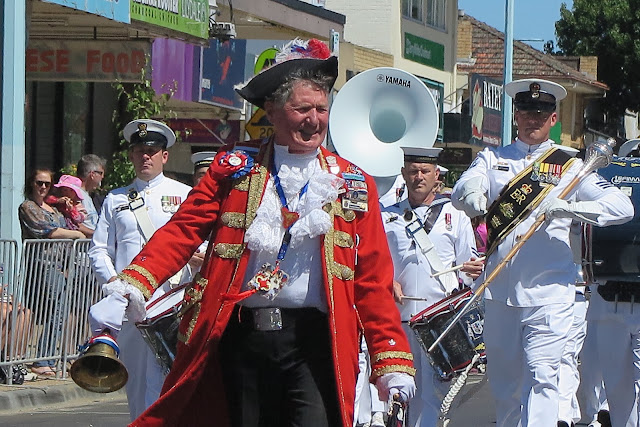 The town crier looked resplendent in his red and black finery
in contrast with the white of the naval band... 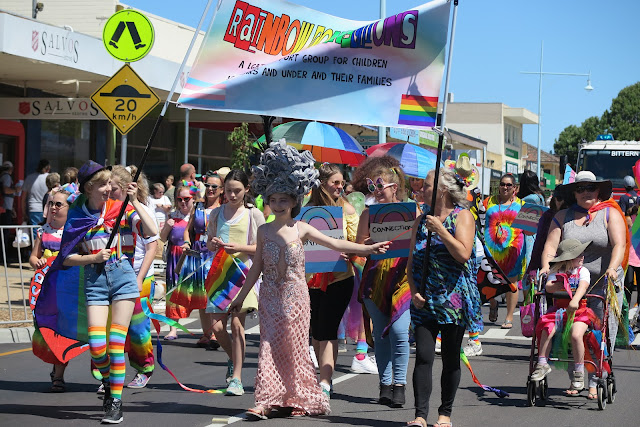 The street parade was alive with colour...
Rainbow Connections Youth and Family Group supports
transgender and gender creative children 12 years of age and under,
plus their parents and siblings.
It is the first time that an LGBTQI+ group has ever marched in the Westernport Festival... 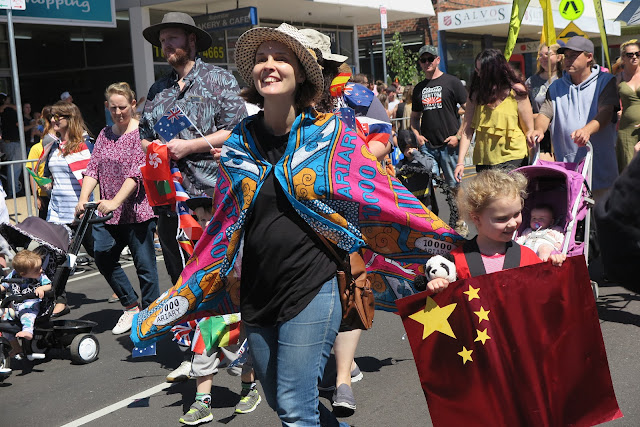 I am not sure what this group represents, but it was certainly colourful... 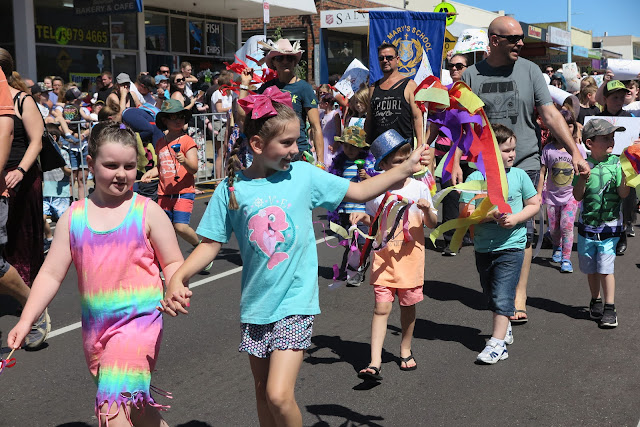 Many primary aged children, representing their school, enjoyed being part of the parade... 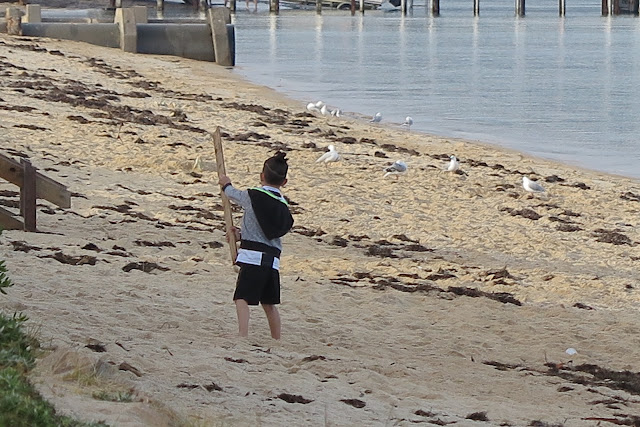 At last, early this morning, I found some rare, limited time to take photos
while I waited for the chemist to open...
This little guy seemed to be busy at Safety Beach putting his imagination to work... 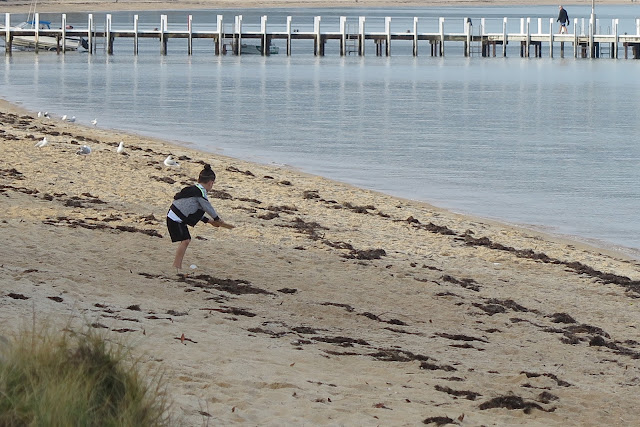 I'm not quite sure what he was attempting to do... 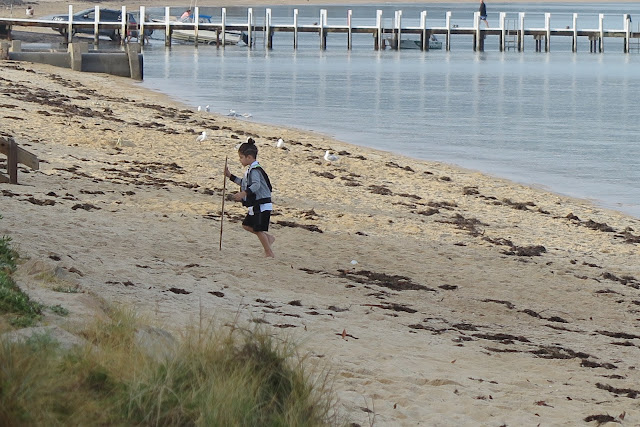 But he seemed to be enjoying his summer morning on the sands anyway... 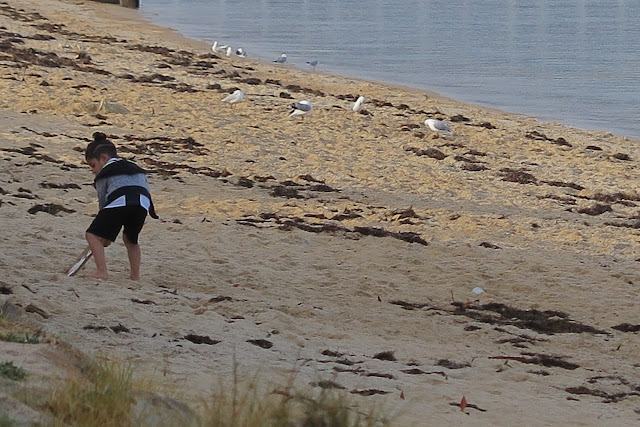 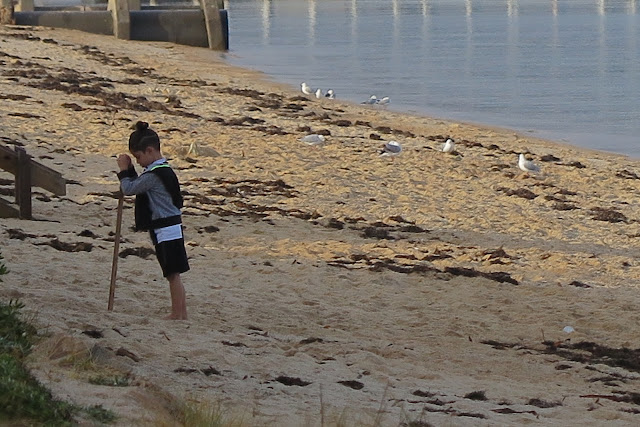 and thinking about his next move?... 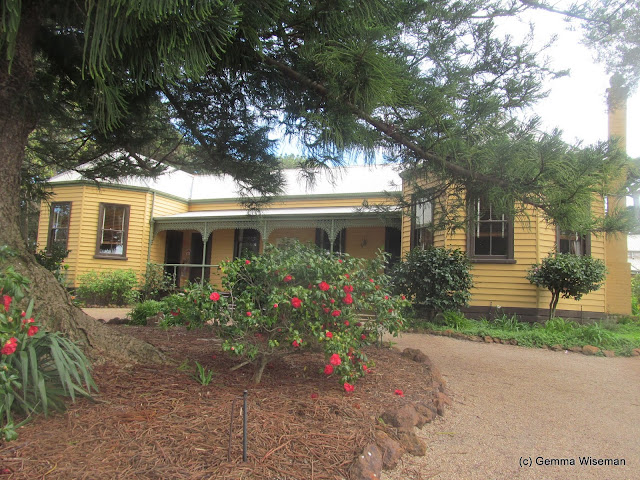 Churchill Island is a tiny, scenic island offshore from Phillip Island...
(See HERE,  HERE and HERE for views in previous posts...)
While the sea views are spectacular, the island also features a heritage farm,
with Amess House as a focus.
Lieutenant James Grant landed his ship the Lady Nelson on the island in 1801.
He cleared some land and he planted seeds of wheat and corn.
These were the first agricultural crops planted in Victoria by Europeans.
James named the island after his friend that had given him the seeds
- John Churchill of Dawlish, in Devon, England.
The island was continually farmed from the 1850’s
and was purchased by the Lord Mayor of Melbourne, Samuel Amess in 1872.
(Samuel was also a successful stonemason and builder. He was Mayor in 1869-70,
and became an Alderman in 1879, guaranteeing him a seat on the Melbourne City Council for life.)
He purchased the island for farming and holiday use
and also built a substantial house and outbuildings on the property.
The island remained as a private retreat until the 1970’s,
and in 1972, it was acquired by the Victorian Conservation Trust
who opened the farm to the public. 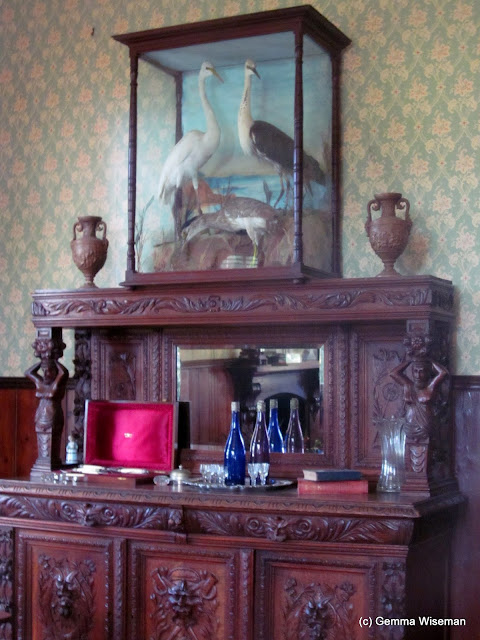 Many areas inside the house were very difficult to photograph because of the filtered lighting...
But still, they were interesting... 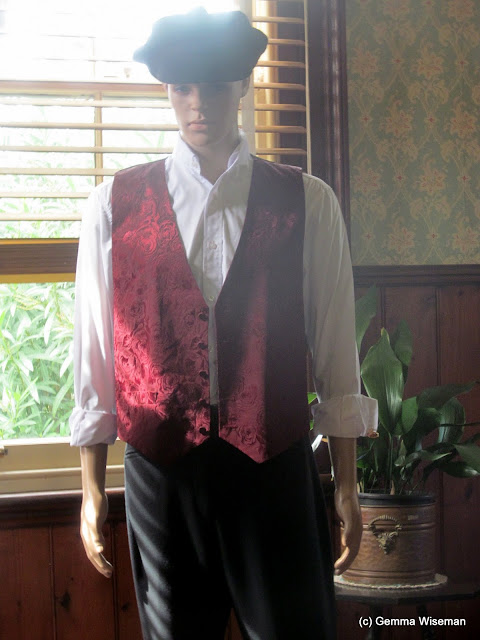 This one was a challenge with venetian filtered light... 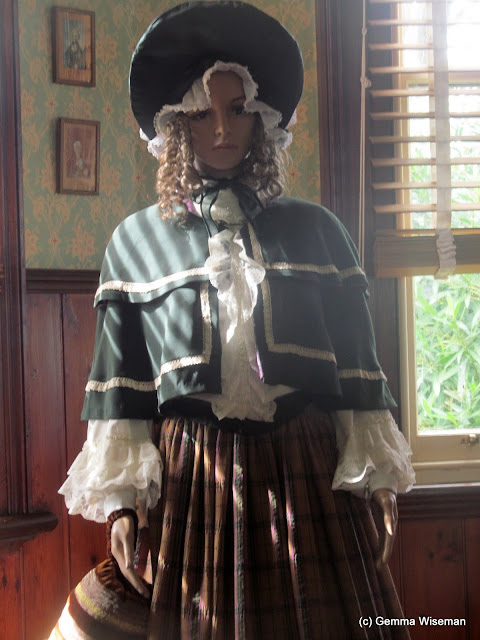 Several mannequins in pioneer dress were on display... 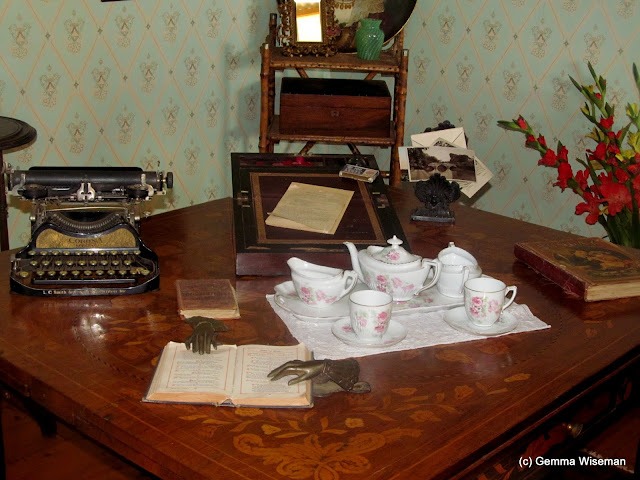 Many tables were used as display areas...
Love the sculpted hands holding the book pages... 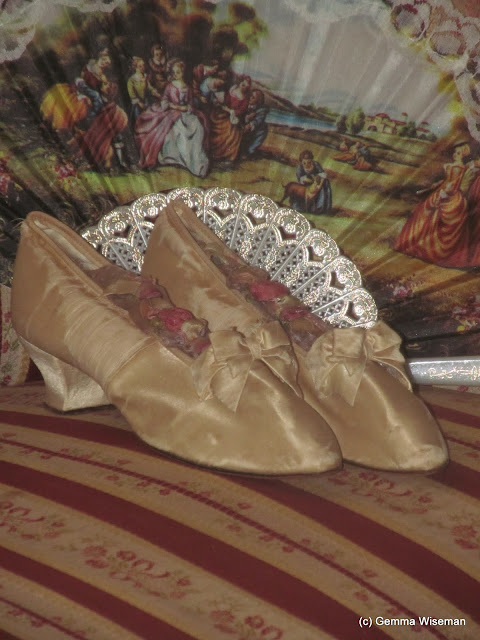 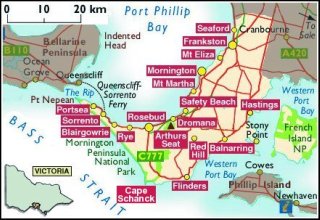 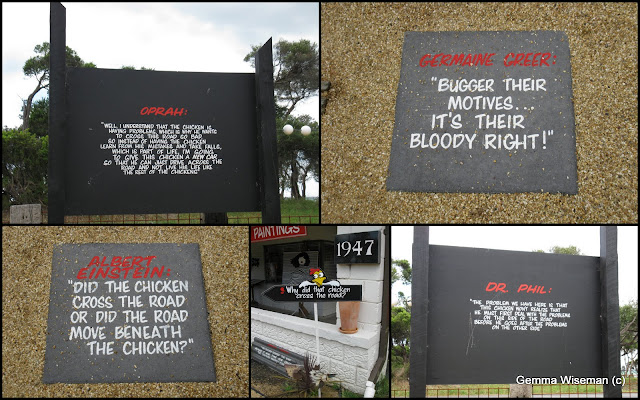 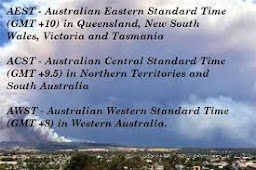 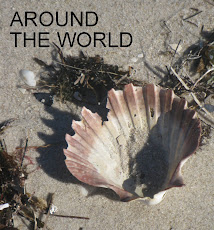 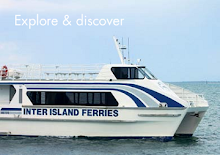 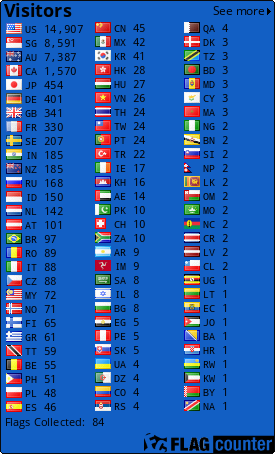